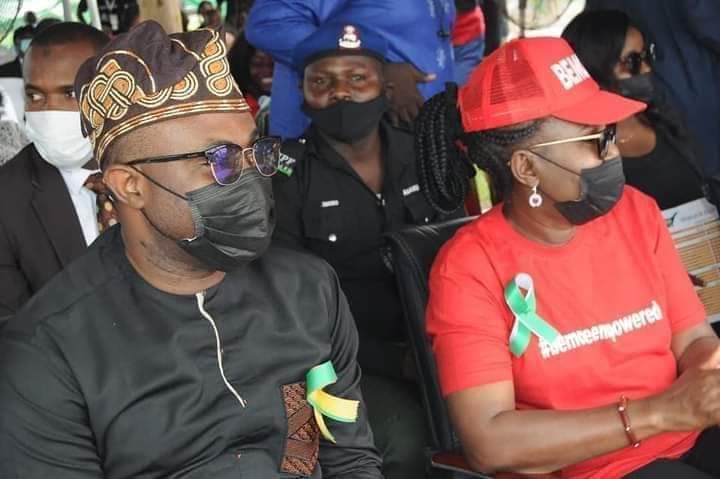 Chairman of the House of Representatives Committee on Niger Delta Development Commission (NDDC), Hon. Olubunmi Tunji-Ojo has applauded the Ondo state first lady, Chief (Mrs) Betty Anyanwu-Akeredolu for her immense contribution to girl-child and women and advocacy in Nigeria.

The lawmaker, popularly called BTO, made the remarks at the opening ceremony of the BEMORE Summer Boot Camp, held at Ondo State Public Service Training Institute, (PSTI) Ilara-mokin on Monday.

The wife of the Governor in 2007 had established the BEMORE Summer Bootcamp to encourage empowerment of the girl-child and no fewer than 350 girls have been admitted for the 2021 edition.

BTO, who is also the Chairman of the event said Mrs Anyanwu-Akeredolu has successfully etched a place in the history through her selfless efforts in ensuring that the world is made a better place for the girl-child as well as women within and outside Ondo State. 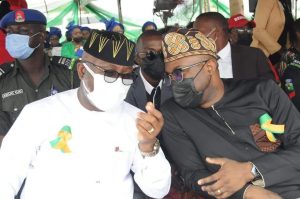 He further stated the first lady has continued to avail herself and her resources to development of the girl-child in Ondo State to raise women who will go on to become global giants.

“BEMORE is a project that should be replicated across the country. I see the future in BEMORE. Our girls are the future. When you educate a girl child, you educate a nation. We need this project to cut across the Niger Delta region. I’m a product of a trained girl-child and today, she’s proud of me.”

He enjoined this year’s participants to take good advantage of the initiative to further equip and empower themselves.