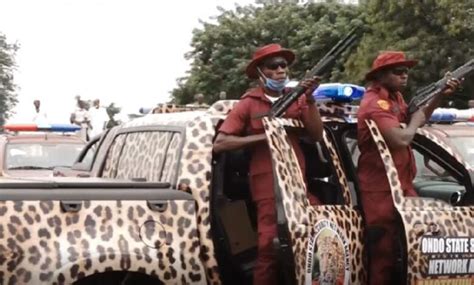 The truck was loaded with over 60 passengers made of women, youths and children.

The passengers were said to be heading to Kano from Lagos before they were intercepted at Iju in Akure north local government area of the state.

They were thoroughly checked by Amotekun men before they were released.

Confirming the story, the Amotekun commander in Ondo state, Chief Adetunji Adeleye said the command is trying to check the influx of criminals into the state.

He said , “My men intercepted some travellers and they made sure that they were thoroughly checked before they were allowed to proceed on their journey”