One dies as Truck crushes motorcycle in Ondo 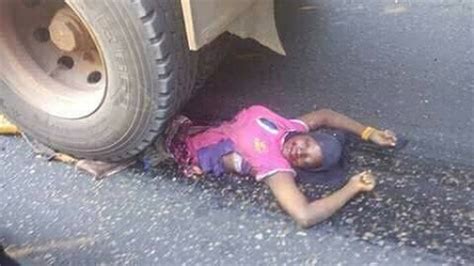 A boy has been confirmed dead in Kajola area of Oda in Akure South local government area of Ondo when a truck hit a motorcycle.

It was gathered that the truck hit the motorcycle while trying to avoid potholes.

An eyewitness told thenewstrack that two others who were on the motorcycle sustained varying degrees of injuries in the accident.

He said the two victims have been rushed to the hospital .

Many people blamed the accident on poor condition of the road and urged the state government to mobilise the contractor handling the project back to site.