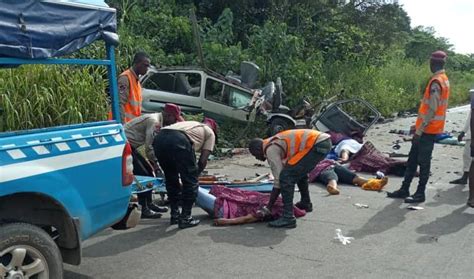 Two persons have been killed by a car along Hospital road in Akure, Ondo State capital.

The two persons  who were on motorcycle were hit by the car from the back and died instantly.

The motorcyclist was however lucky as he sustained injuries in the accident.

The accident caused traffic snarl in the area for several hours.

Eyewitnesses told our correspondent that the driver of the car was on top speed and reckless.

“The woman who drove the car was reckless and on top speed. In fact, the accident occured beside bell casket along Oke Isegun, 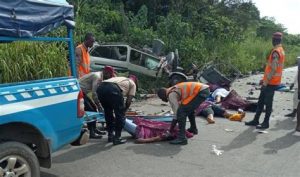