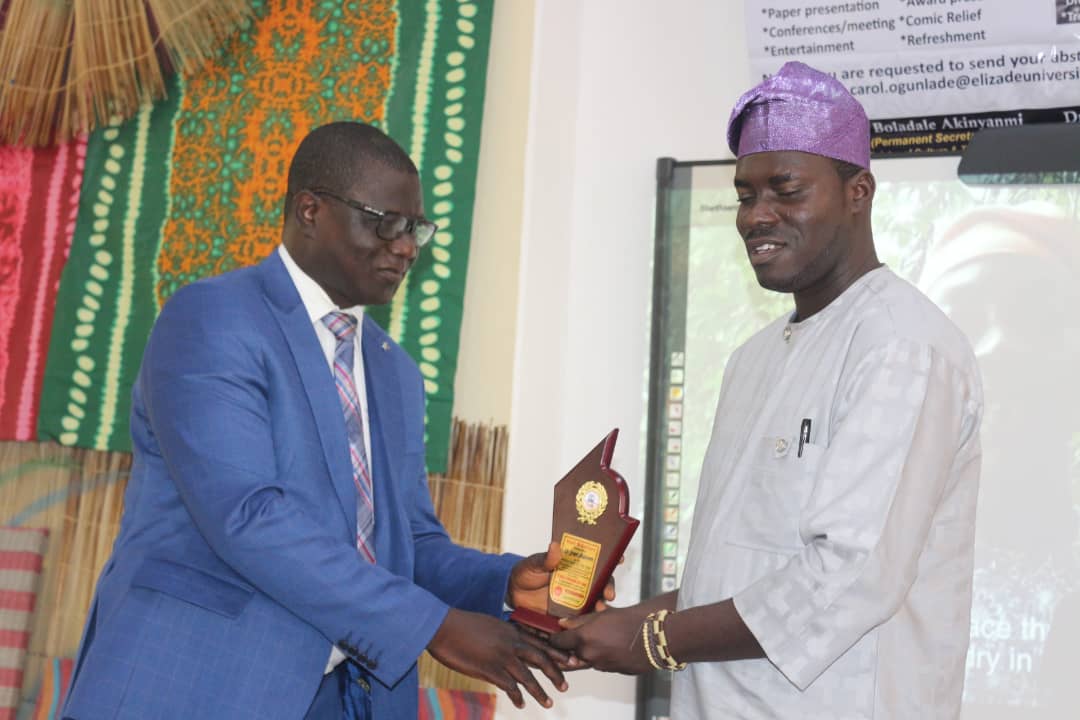 As a mark of recognition for diligence and professional excellence, a news editor and newscaster with OSRC Media group, Mr Joseph Ikugbonmire has been honoured by Elizade University, Ilara Mokin as Media Man of the year in Ondo state.

Ikugbonmire was honoured alongside emiment personalities including the chief executive of klick connect, Chief Alex Ajipe at the 2021 World Tourism Day celebration in the institution.

While presenting the award, Registrar of the University, Mr Omololu Adegbenro said the institution recognised Ikugbonmire’s professionalism and hard work to encourage him to do more.

Organizer of the award and the Head of Department of Tourism and Hospitality Management, Elizade University Ilara mokin, Dr Carol Ogunlade said Joseph Ikugbonmire and other awardees have contributed to the development of the tourism sector hence the honour.

The Chairman of OSRC Media Group, Mr Kunle Adebayo who was represented by Alhaji Kamarudeen Ishola described the awardee as a focused broadcaster who has written his name in gold on the job.

The awardee, Joseph Ikugbonmire appreciated the organisers for counting him worthy.

He also thanked the OSRC Media Group for giving him wings to soar, and urged upcoming Journalists to strive for excellence.

He was also on the Cohort 4 of the Bloomberg Media Initiative Africa (BMIA) Executive Training Program on Financial Journalism in Africa at the Pan-Atlantic University, Lagos.

Earlier, Governor Oluwarotimi Akeredolu who was represented at the event by Princess Odu said tourism has the potentials to be a great vehicle of integration and education hence the private sector should collaborate with government to massively develop it.

The Vice Chancellor of Elizade university Professor Olukayode Amund emphasised that tourism can change the economic status of Ondo state, stressing that government should invest more in the sector. 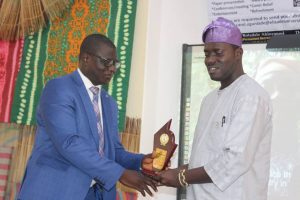 The Director of Tourism in the ministry of culture and Tourism, Adeola Aderinola stressed that all hands must be on deck to develop the sector.