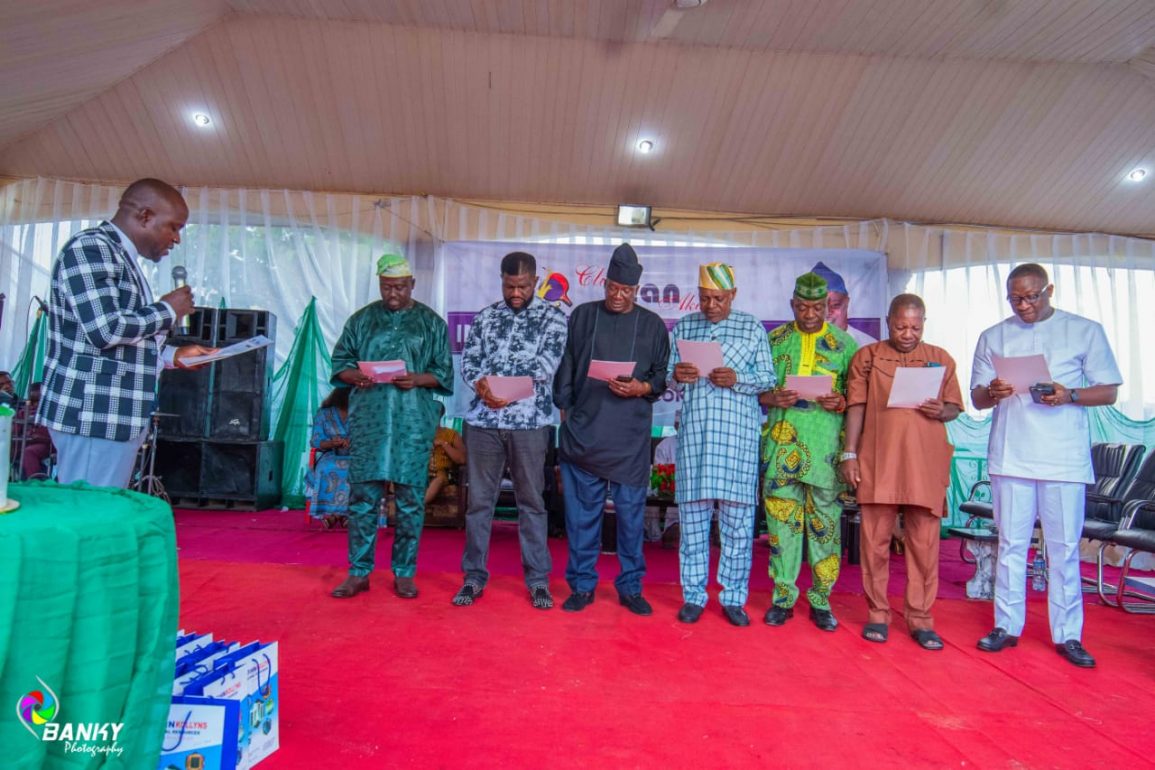 Club Elan Alagbaka Akure has elected new executives to run the affairs of the famous social club in the Ondo State Capital.
Elano (Chief) Toyin Alfred Akinyemi emerged the  President of the club and a labour leader and Medical Expert, Elano (Prince) Adeyinka Adedire was elected the Director-General Club Support Services.
The new officers elected last week, have been sworn-in according to the tradition of the club at Alagbaka Akure on Friday 1st October, 2021 during a colourful event.
Elano Adedire Adeyinka is the Chairman of Ondo state chapter of the Nigerian Union of Allied Health Professionals (NUAHP) that comprises Medical Laboratory Scientists, Optometrists, Physiotherapists, Pharmacists, Health Information Managers/Officers, Dieticians, Radiographers among others.
Prince Adedire has also held the position as the fourth Chairman of Association of Professional Bodies of Nigeria (APBN), Ondo State Chapter.
In his acceptance speech, the new President of Club Elan, Alagbaka Akure, Elano (Chief) Toyin Alfred Akinyemi, promised to introduce new innovation to make the club more attractive to members and envy of all. 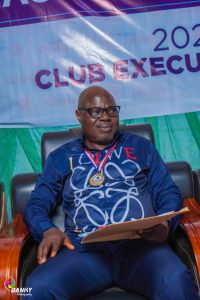 Elano Akinyemi flanked by his lovely wife, expressed joy over his emergence as a dream come through, appreciated members for the confidence reposed in him and other executives, vowing that they would not disappoint them.
In an interview, the Elano (Prince) Adeyinka Adedire, who is now the Director-General Club Support Services, expressed delight with his emergence, promising that they would use the assignment at Club Elan to serve humanity in general and members in particular. 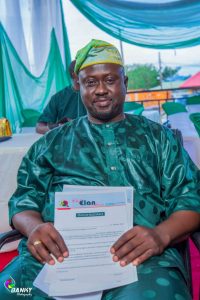 Adedire opined that with Elano Toyin Akinyemi in the driving seat, Club Elan will continue to be the leading social club in Akure and other parts of the state and beyond.
Other officers elected include; an Aide to Ekiti State Governor, Elano Mobolaji Johnson Adeyeye emerged the Vice President; Elano (Hon) Kola Adefemi – Legal Adviser; Elano Bodunrin Adeniyi -Exchequer; Elano Femi Lookman Sanni -Director of Buttery and Elano (Chief) Olakunle Onajin -Director of Sports. 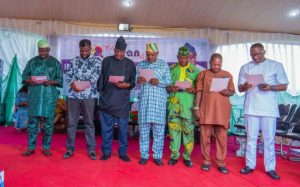 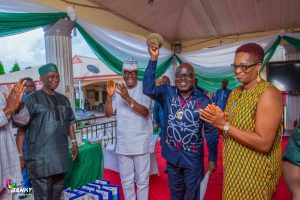 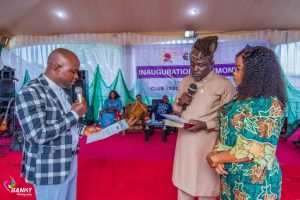 Also, Elano Kayode Adejuyigbe -Enforcer; Elano Tope Ogunrinde -Internal Auditor I as well as Elano (Chief) Olumide Akinde who is now the Internal Auditor II.
The new Executive members will be in office for one year, while the swearing-in ceremony was attended by Club Elan present and former leaders.