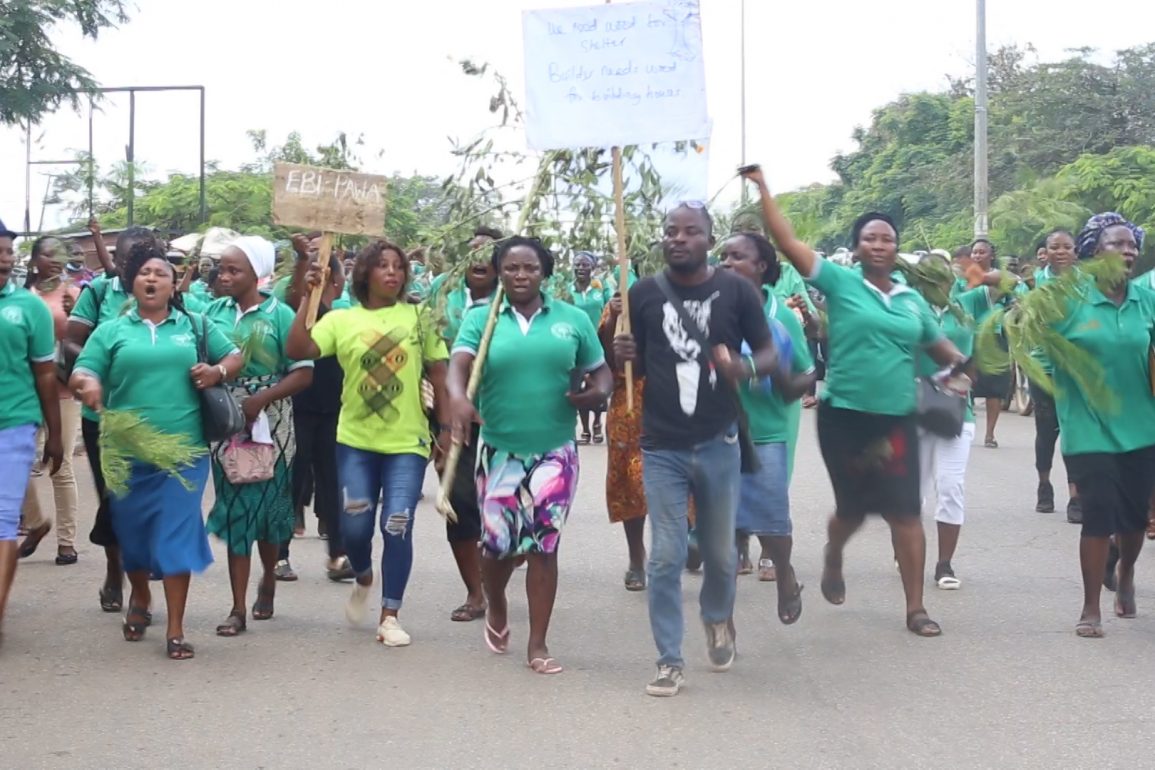 Timber traders have protested over the continued ban on logging activities by the state government, saying the ban has led to over 300,000 job losses.

under the auspices of Ondo State Timbers Trade Association (OSTTA) on Wednesday  frowned at the government action.

They said it was wrong for the state government to abruptly shut them out of the forest while Flitchers are allowed to operate freely and continue logging activities.

Speaking on behalf of the protesters, the Zonal Chairman of OSTTA, Rev Williams Atibioke, said the continued ban on their activities will affect the state government in terms of the money they usually pay into government coffers.

Atibioke said the union had met with traditional rulers in the state to intervene on their behalf but said there was no positive response from the monarchs after meeting with the governor on the issue.

He said, “We are legitimate owners of the forest. We are allottees of the forest, illegal occupants are allowed to take up our jobs. He allowed them to evacuate the already felled woods.

“We informed the traditional rulers in the state to intervene, but If they could not resolve this, the state government will pay dearly for it in cash.

“We have lost over N200bn in the last few months. There was no reasons given for the closure of the forest. We didn’t have any dialogue before logging activities were stopped.

“The Flitchers are pirates. They hijacked our business but we have dragged to court and won the case in court. Governor Akeredolu was our lawyer then. We want the forest to be open and Flitchers banned. They have ruined our business.”.

He said members of the union had paid for a logging permit that would soon expire, alleging that illegal logging activities were still going on in Ondo forest reserves.

According to him, logging activities was the mainstay of Ondo State economy, noting that over 75 percent of the state’s population were employed directly or indirectly to the logging business.

“This type of attitude has never happened in this business before. I have to sack all my workers when it extended beyond two months. Logging is the major business in Ondo State. There is free area. Allow logging in the free area while the forest reserve is fixed.”

Speaking on the development, the state Commissioner for Information and Orientation, Donald Ojogo, urged the timber merchants to give the government more time to harness all available options toward making the sector a better one.

Ojogo explained that the directive banning logging activities was in their interest as legitimate businessmen.

“As such, any measure put in place to protect the sector must be embraced. But if they are angry at the action of the government which is temporary, it means there is more to it than meets the eyes.

“We do not to believe they are sponsored; the protesters should also not give out themselves as tools in the hands of those who have ripped off the state.”