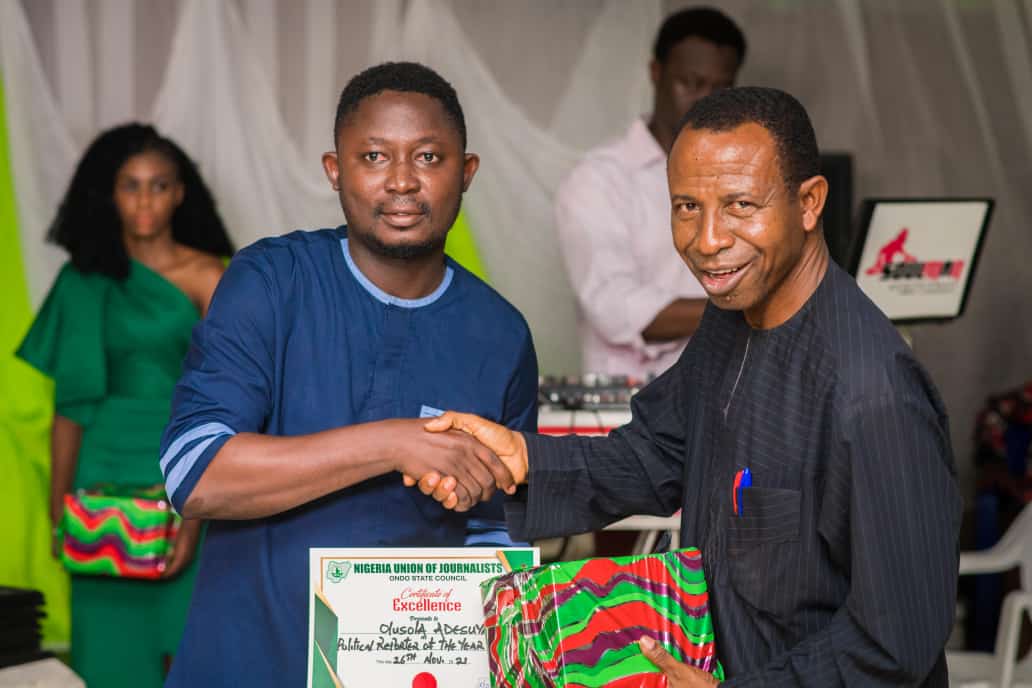 Olusola Joseph Adesuyan, a journalist with Daar communications, owners of Africa Independent Television, Raypower Fm and Faaji 106.5 Fm , has emerged  winner of the political reporter of the year ( Broadcast Category) award at the just concluded 2021  Award of the Nigeria Union of Journalists, NUJ, in Ondo state. 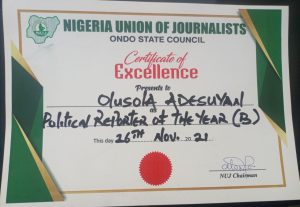 Adesuyan won the keenly contested prize which  was the of climax the annual Press week of the Union in the state.

The award was presented to him at the NUJ Dinner and Award night on Friday, in Akure,Ondo state Capital amid pomp and pageantry. 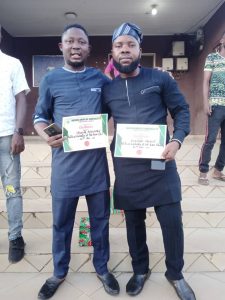 Adesuyan has been a dedicated and dutiful staff of Daar communications,Akure network centre since his redeployment from the Lagos office in 2012. 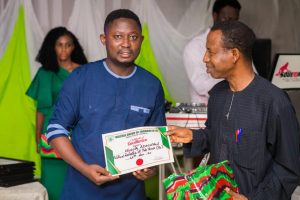 Speaking shortly after receiving the award, Adesuyan dedicated the award to Almighty God, his late Father ,Daar Communications family , his family and friends.