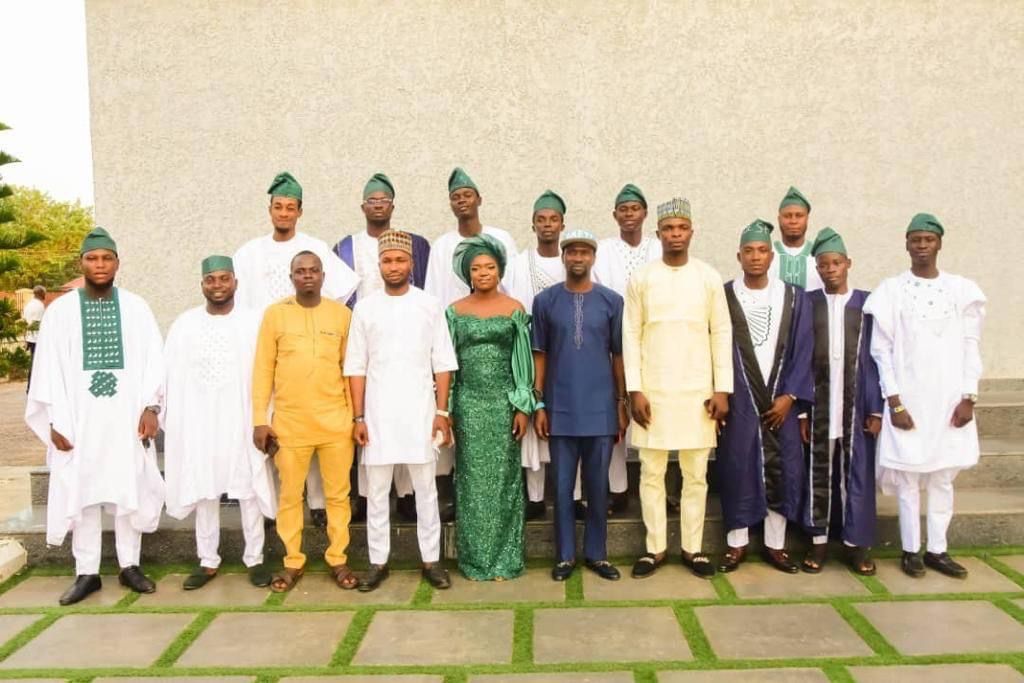 The immediate past president of the National Association of Ondo State Students (NAOSS), Ayoade Kikiowo has handed over to the  newly elected  executive members.
At the colourful event which took place at the Cocoa Conference Hall of the Governor’s Office, Kikiowo thanked the entire students of Ondo state for their unflinching support. 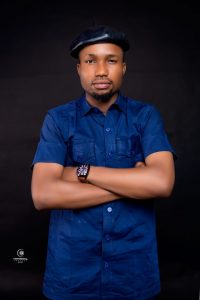 The former NAOSS President,  said his tenure in office was highly impactful to the lives of numerous students.
His words, “All thanks to the almighty God for making this day possible and successful. ‘For as the proverb goes, everything that has a beginning has an end, and so has its reality come to pass.
“I must admit that serving as President of NAOSS has been a privilege and a challenging learning environment for me and my executives. The journey was difficult, but with our passion and willingness to serve, we did everything we could to keep the NAOSS torch burning and flag flying high” 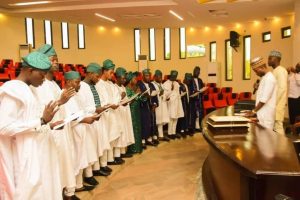 While enumerating some of the achievements recorded during his tenure, Kikiowo said NAOSS under him at different occasions challenged government policies and effectively communicated its positions using the media.
According to him, NAOSS intervened during the flood diaster at Adekunle Ajasin University in Akungba-Akoko by assessing the extent devastation.
He added that the association  quickly requested and arranged assistance from the government and well-meaning Ondo state indigeness for students whose lives were made miserable by the tragic event.
Kikiowo stressed, ” I organized and led hundreds of Ondo state students in the Clean City Project, which involved cleaning up several places in Akure, the state capital. This aimed to demonstrate to the public that the obligation for a clean environment is a shared one, as opposed to our customary disregard for the government’s responsibility.
“This project garnered such positive feedback that we were compelled to create a sequel to educate market traders about the need of a clean market and healthy commercial environment.
“When Covid-19 entered the market, we had no idea the difficulties we would face as a result of the lockdown policy enacted to contain its proliferation. Schools at the tertiary, secondary, and basic levels were all closed, leaving our pupils at the mercy of desperate parents unable to provide for their families.
” It is hardly an exaggeration to assert that Covid-19 pushed us into social isolation and starvation. Noticing the deplorable state of our members’ welfare, the Association’s leadership took it upon herself to provide food products to members at this time of need.
“We ensured that these items were distributed to places such as FUTA, Ondo road, Ijoka, Oda road, and FECA. We are pleased to say several Ondo state students benefitted from endeavor.
“When the gubernatorial elections set in, business as usual was expected, but we chose to resist that. As the leadership of this administration with a large constituency such as students, who account for a sizable portion of the state’s youth population, we felt it was necessary to seize that opportunity to advocate for better lives for our members and to educate our members about their roles during the electioneering process.
” As a result, we founded Conversation-Ondo with the goal of assisting students and youth in making educated election choices. We interviewed governorship candidates to obtain their manifestos and also asked them pointed questions about their intentions for our state’s students and youth. Additionally, we urged our members to participate in the election, fulfilling their civic responsibilities as necessary.
“Additionally, politicians frequently used youth, notably students, as weapons of their political desperation, paying them pennies to engage in political thuggery and damage. As a result, on October 2, 2020, in Akure, we planned a peace walk to advocate a peaceful, free, and fair election in the state. We spoke out strongly against electoral violence and vote-buying, while urging young people to vote and participate in the Ondo”
“It gives me great pleasure to inform you that the Ondo state students bursary had been suspended for six years.
“While there had been protests in support of its payment before our assumption of office, we deliberately mobilized and facilitated the payment of 110 million naira in bursaries to 7,000 Ondo state students, including law students, disabled students, and medical students.
“We were able to accomplish this by utilizing all of the advocacy mechanics – consultation, consolidation, and confrontation – while avoiding public protests that could have jeopardized our members. I cannot but express my gratitude to the Ondo state Governor, Arakunrin Rotimi Akeredolu for sanctioning the release and payment to students.
“We were also able to obtain a functional Sienna bus for the association during our administration to facilitate mobility and mobilization of the group’s leadership. Additionally, I must add that one of my administration’s goals from the start was to establish a functional contemporary website for the group.”
Mary Ogunga who is the first female president of NAOSS has since taken over the mantle of leadership