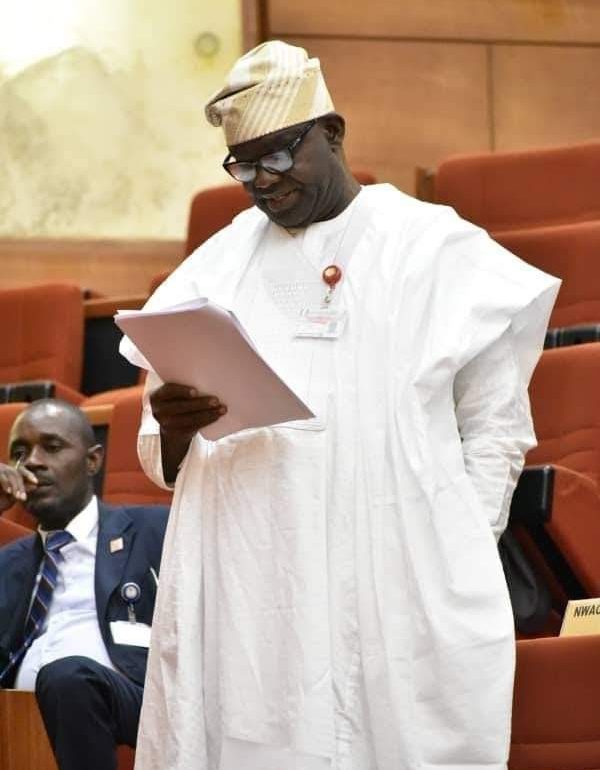 Akinyelure Presents the Upgrade of Federal College Of Agriculture, Akure, to Federal University of Agriculture Akure For Second Reading.
A bill for an act to upgrade Federal College Of Agriculture, Akure to Federal University of Agriculture Akure sponsored by the Senator representing Ondo Central in the National Assembly,Senator Ayo Akinyelure has entered its second reading.
The bill is to make comprehensive provision for due management and administration and other related matters.
Akinyelure who is also the Senate Committee Chairman on Ethics, Privileges and Public Petition, said the bill became imperative for the development of the institution, Ondo State and Nigeria at large.
Akinyelure, who values education and as a member of Senate Committee on TETFUND, said the institution, being the only Federal institution with Agricultural setting said the bill when passed into law will be an added value to the indigenes of Ondo State in particular, who are mostly agerians.
Recall that Akinyelure had made similar representation for Federal University of Technology, Akure, located in his Constituency of Ondo Central.
Signed:
Charles Akinwon,
SA (Media & Strategy) to the Distinguished Senatorial