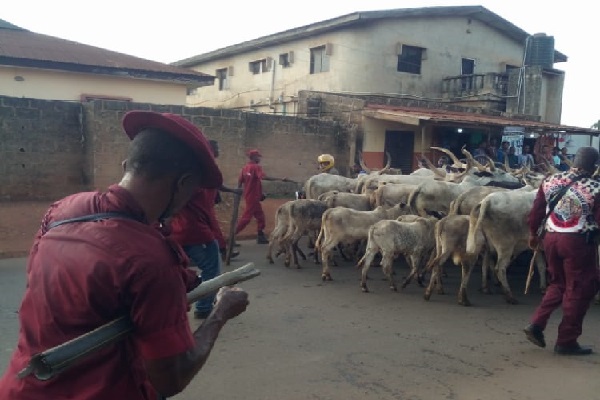 Operatives of Ondo State Security Network codenamed Amotekun Corps and soldiers from the 32 Artillery Brigade on Tuesday evening clashed over the seizure of over 100 cows for violating the state’s anti-grazing law.

It was gathered that Amotekun operatives had seized the cows after acting on distress calls from farmers.

The farmers called from  Oke Aro area of Akure that their crops have been destroyed.

The soldiers, it was learnt from a source  stormed the area and prevented the cows from being taken away .

The source said the soldiers,  claimed   the cows belong to their officers in the barracks.

Two operatives of the Amotekun personnel were said to have been taken away by the soldiers after the sporadic shooting and an exchange of blows.

According to the source: “As the Amotekun personnel was marching the arrested cows to their office at Alagbaka area of the state, soldiers numbering about ten stormed the area with Hilux vehicle and prevented the arrest of the cows.

“The soldiers insisted that the Amotekun men would not go away with the cows because they belonged to their officers from the military barrack”.

Reacting to the incident, the state Commander of Amotekun, Chief Adetunji Adeleye described the incident as ” a minor disagreement between the officers of the two security outfits.

Adeleye said that ” it has been resolved amicably adding that “it was the arrested herders that hid under the soldiers to cause misunderstanding between the security outfits. I can confirm to you that the cows have been released to us” 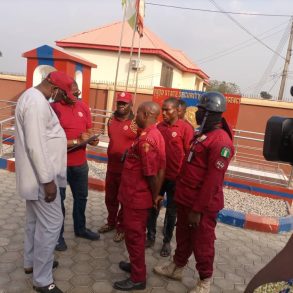 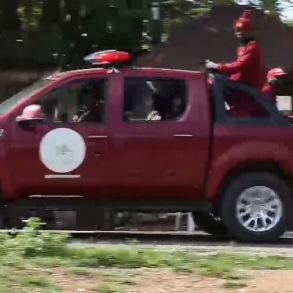