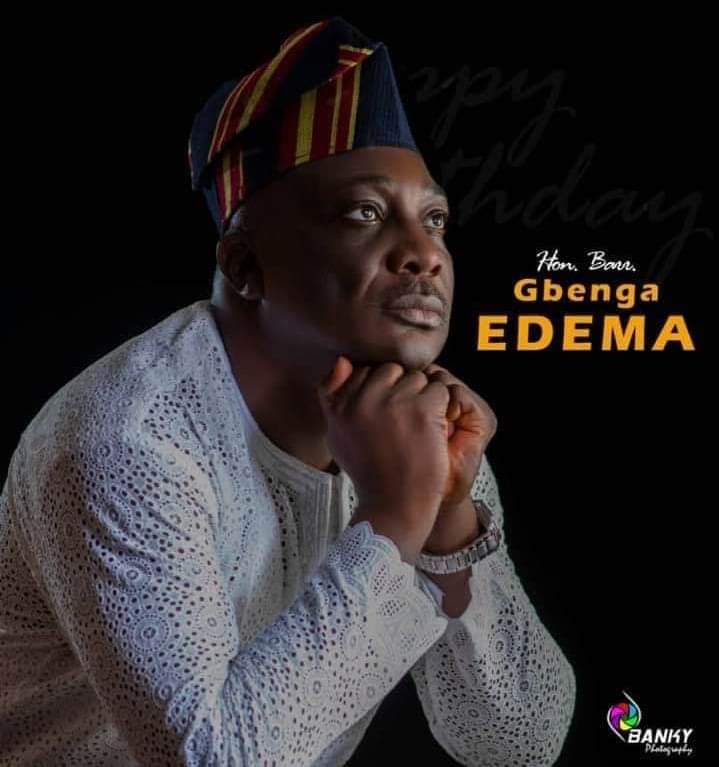 Gbenga Edema, a leading aspirant for the Ilaje/Ese-Odo Federal Constituency seat in the House of Representatives has withdrawn from the race.

He was the immediate past Chairman of the Ondo State Oil Producing Areas Development Commission, OSOPADEC.

Edema said his decision to suspend his ambition was borne out of the extensive consultation with the good people of Ilaje/Ese-Odo Federal Constituency as well as leaders of the All Progressives Congress, APC.

In a statement made available to newsmen, the former lawmaker in the Ondo State House of Assembly and a legal luminary added that the move was in the spirit of fairness and unity.

Annoucing his withdrawal from the race, Edema said “This difficult decision was made in the overall interest of the good people of Ilaje/Ese-Odo Federal Constituency, interest of the party (APC) and borne out of respect for the party’s leadership, especially Governor Arakunrin Oluwarotimi Akeredolu.”

“I am very prepared and eminently equipped to provide purposeful leadership and aid the needed transformation in Ilaje/Ese-Odo Federal Constituency.”

“In aligning myself with the wise counsel and informed views of our stakeholders and party leaders, as well as in the interest of equity and justice, I hereby announce my withdrawal from the race.

“A lot of my people have been saying that it is the turn of Ilaje to produce the next governor of Ondo State and because of that, there have been moves towards ensuring its realization.

“I don’t want to be seen to be the one that will obstruct Ilaje from getting the governorship position because I’m also eligible. Having listened to party leadership, I’m inclined to feel that I don’t want anything that will jeopardise our chances of producing the next governor.

“So, taking the hint from leadership of the party, I have decided to suspend my aspiration for the House of Representatives.

The astute legal practictioner of repute futher stated that “I want to thank the governor and leadership of the party because they assured that there will be level playing field, and for the effort they have even made by putting up a committee to interact with us.

“I was already in Abuja to obtain the nomination form before I heard the directive of Governor Arakunrin Oluwarotimi Akeredolu that aspirants should hold on before obtaining forms.

“Three days ago the Southern Senatorial District met under the leadership of Dr. Ayodeji Oyedele to also interact with all the aspirants. Based on the counsel of leaders as well as taking hint from leadership because of the agitation of our people that the next governor must come from Ilaje and anything that will obstruct that opportunity I don’t want it to be me.

“I have also consulted with my supporters. I know they will have been disappointed because they feel that I’m the best man for the job but it is imperative at this stage to quit, knowing fully well that the opportunity to run again will always be there. God will prevail now and in the future,” he said.

Edema lauded his campaign and media teams for their unwavering support, stressing that the task ahead is a responsibility that must be completed.