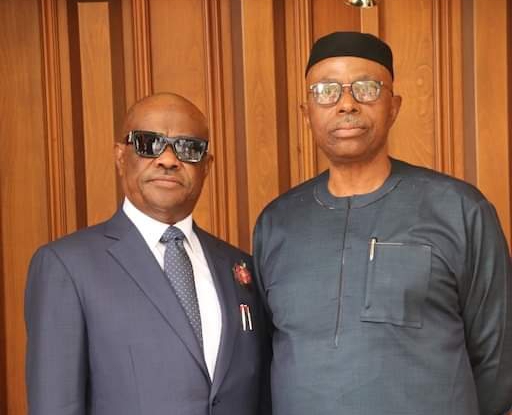 John Paul Akinduro, Special Assistant on Media and Digital Communications to Dr Mimiko, said this is the second time the former governor will be in Rivers State for a similar assignment.

“In December of 2021, on the invitation of Governor Wike, Dr Mimiko commissioned the Rumuola flyover bridge in Port Harcourt where he described the Rivers State Governor as the lion of the Niger Delta and said he has proved worthy of his sobriquet, Mr Project” He said.

According to Governor Wike, the dualisation of Azikiwe-Ilaobuchi road is “part of the administration’s urban renewal programme and commitment to advancing the development of the state”.

The Governor said despite the attendant cost implication of undertaking the projects, his administration has paid 80 per cent of the cost of the road dualisation to the contractor.

“We have been able to fulfill our part to Julius Berger Nigeria PLC as we have paid eighty percent for the dualization of Azikiwe Street/Ilaobuchi Road as at yesterday” He disclosed.

Governor Wike had on Saturday declared that the operation zero porthole programme of his administration is a huge success, stressing that it has restored 42 roads in the Diobu suburb of the state.