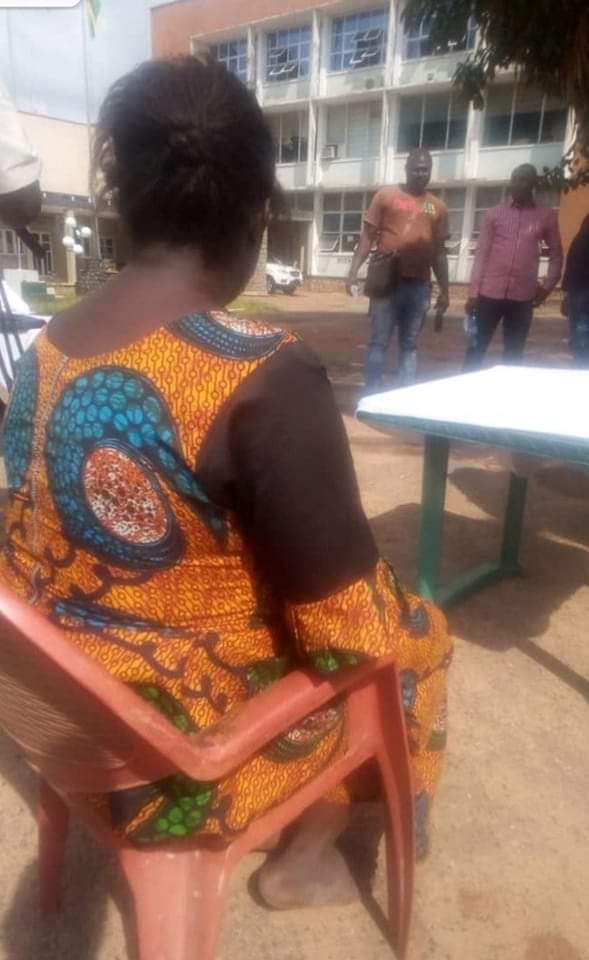 The Police in Oyo State have arrested a 27-year-old housewife, Odunayo Olumale  for stabbing her husband, Olamilekan Salahudeen to death for making sexual advances to her.

The woman killed her husband three months after they reconciled and reunited following their separation.

Speaking While parading the suspect at the Oyo Police Command headquarter, Eleyele, Ibadan, Police spokesman, Adewale Osifeso, said preliminary investigation showed that the deceased and his wife returned to their house at Oko-Oba area of Oyo town on the day of the incident after their three-month separation.

Osifeso said: “On 17/11/2022 about 0350hrs, one Ismaila Tijani reported at Dubar Divisional Police headqauters that about 0223hrs of 16/11/2022, that his son named Olamilekan Salahudeen age 35 was stabbed to death with a knife by his wife Odunayo.”

“The deceased made a move to have sexual intercourse with his wife but rejected, this further led to the struggle where the deceased collected and smashed his wife’s phone and in retaliation, the deceased was stabbed on the chest, leading to his death”

Osifeso said the suspect has since confessed to the crime and her unfortunate role in the incident, adding that she would be charged to court upon completion of the investigations.

The suspect declined comment when asked by journalists to talk about the incident.

Other 25 suspects paraded by the command include suspected hoodlums who specialised in burggling and looting of warehouses, suspected armed robbers, suspected kidnappers, among others.