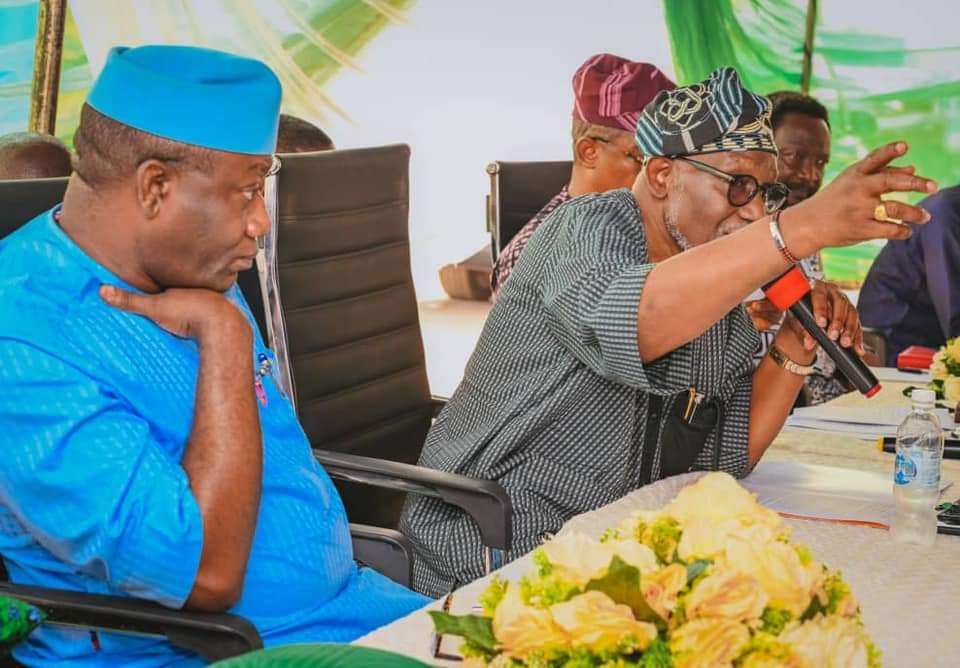 The All Progressives Congress (APC) Presidential Campaign Council (PCC), Southwest zone has decried low rate of collection of Permanent Voter Cards  (PVC) and announced the immediate launch of “Operation collect Your PVCs” across all the states in the Southwest.
At the meeting chaired by Governor Rotimi Akeredolu, the council enjoined
Governors of all APC controlled states to declare Tuesday, 24th January, 2023  as work-free day to aid collection of PVC.
The Council  also directed the setting up of polling units mobilization committees across all the Southwest States and also decides that all Party leaders and government functionaries at the Federal and State levels should return immediately to their respective local governments, wards and units to lead the campaigns and voter mobilization activities.
The Council approved the request of the Coordinator of the PCC in the Southwest zone, Governor Akeredolu to appoint His former governor of Ekiti State ,  Kayode Fayemi, CON to assist and support him in coordinating the Southwest campaign activities.
It also urged Governors of APC controlled states in the Southwest to deploy all state owned mass media machineries towards mobilisation, voter education and PVC collection.
The Council appealed to PCC to urgently release funds to all campaign directorates, most especially, the youth directorate in order to enhance the campaign and mobilisation activities.
It however frowned at reported cases of anti-party activities of some leaders and appointees and therefore called on the National Working Committee (NWC) to deal decisively with any party member engaging in anti-party activities.
The meeting was attended by former governor of Ekiti State, Kayode Fayemi, National Chairman of SWAGA, Dayo Adeyeye, National Vice Chairman, Southwest, Isaacs Kekemeke among other leaders.